The world’s fattest boy who hit the headlines because he weighed 190kg at only 10 years old has lost almost half his body weight.

12-year-old Arya Permana, who lives in West Java, Indonesia, used to weigh as much as six boys his age and was so unwell that he spent most of his time lying down. He was unable to spend more than a matter of minutes on his feet.

Now, after having life-changing surgery aimed at reducing the amount he eats he can finally play football and other sports with his friends, as well as walk to school. 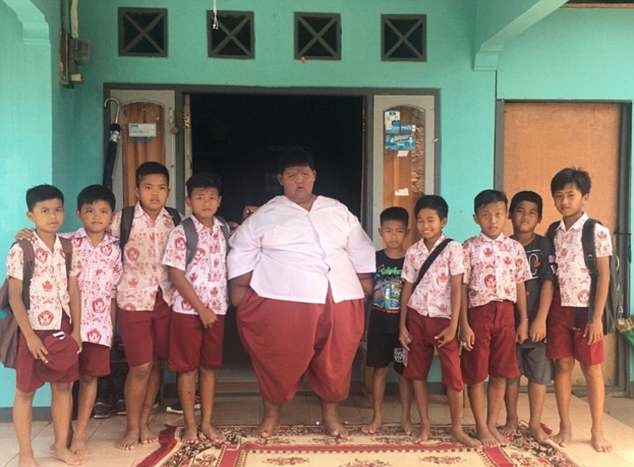 The surgery saw him in theatre for five hours whilst doctors from the Omni Hospital in Jakarta removed a whole load of his stomach. This means that he now gets full much quicker and can’t eat nearly as much as he used to.

He told ABC: “My weight has dropped dramatically after the bariatric surgery,

“They made my stomach smaller, I lost my appetite, now even six spoons [of food] already makes me full.”

He added: “They prevent me from consuming sweet food and drinks, particularly soft drinks,

“They ask me to eat more fruits and do exercise regularly.” 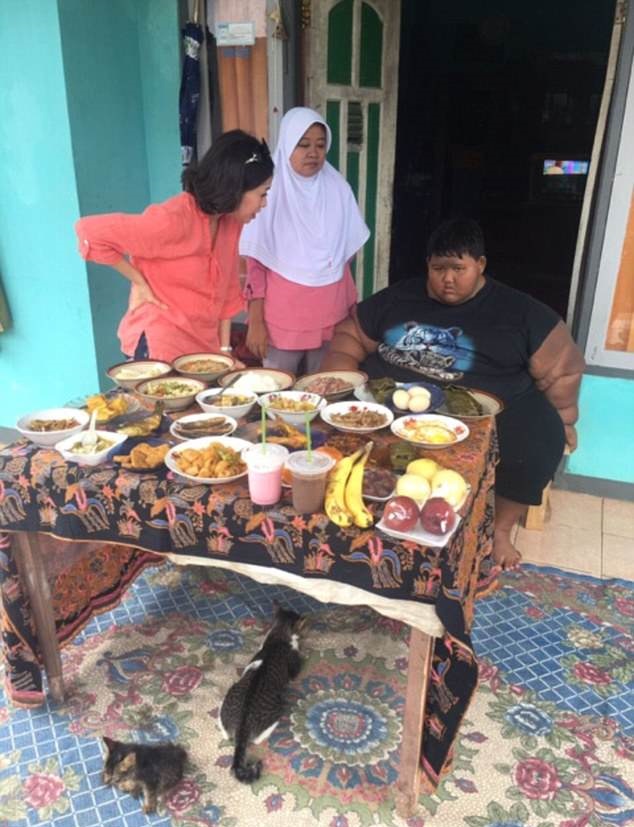 He is still under the watchful eyes of a doctor and a dietician to make sure he doesn’t return to his old ways, but he is motivated and wants to shed another 50kg so he can reach his ideal weight.

“I’m now so delighted to have the opportunity to play with friends wherever we want,” he said.

“I can play soccer, tennis, badminton, and most importantly, I can go to school every day,”

Indonesia has one of the world’s largest childhood obesity problems. Back in 2013 the World Health Organisation found that about 12% of children were overweight.

Arya’s father, Ade, said: “There was no possible way for us to take him to school so he had to study at home for one whole year,

“He could not play or do anything else like other children. He would only watch TV or play on mobile phone. It was extremely painful for us parents.” 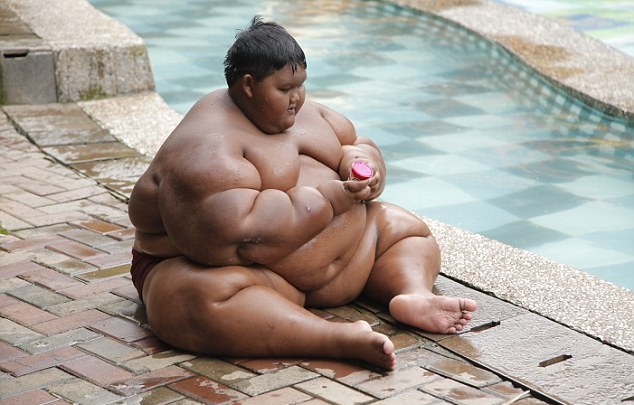 Well, he’s still got a long way to go, but he’s on the right track.