Nicki Minaj has confirmed to a fan that she is dating rap legend Eminem.

In an Instagram post, a fan quizzed the ‘Chun Li’ rapper about whether the rumours were true that she was dating Slim Shady and she responded with a simple ‘yes’.

Whether she’s just messing with all of us or being dead-set, no one knows.

She mentions Eminem in her latest song ‘Big Bank’ with YG, 2 Chainz and Big Sean when she says: “Uh oh/Back again/Back to back Maybach, stack the M’s/Told em’ I met Slim Shady, bag the M/Once he go black, he’ll be back again.”

Minaj has dated Safaree Samuels, Meek Mill and Nas and has been linked to Drake and Lil Wayne in the past but that trio has denied any romantic links.

The singer said last year that she was trying to stay away from guys, telling Ellen DeGeneres: “I’m just chilling right now, I’m celibate. I wanted to go a year without dating any men, I hate men. But I might make an exception to the rule for him.

Eminem on the other hand has been rumours to have dated a few people but there’s been no confirmation he had dated anyone else apart from his ex-wife Kimberly Scott.

The 40-year-old revealed late last year that he was trying to put himself out there, but it was tough.

He told Vulture: “It’s tough. Since my divorce I’ve had a few dates and nothing’s panned out in a way that I wanted to make it public. Dating’s just not where I’m at lately.” 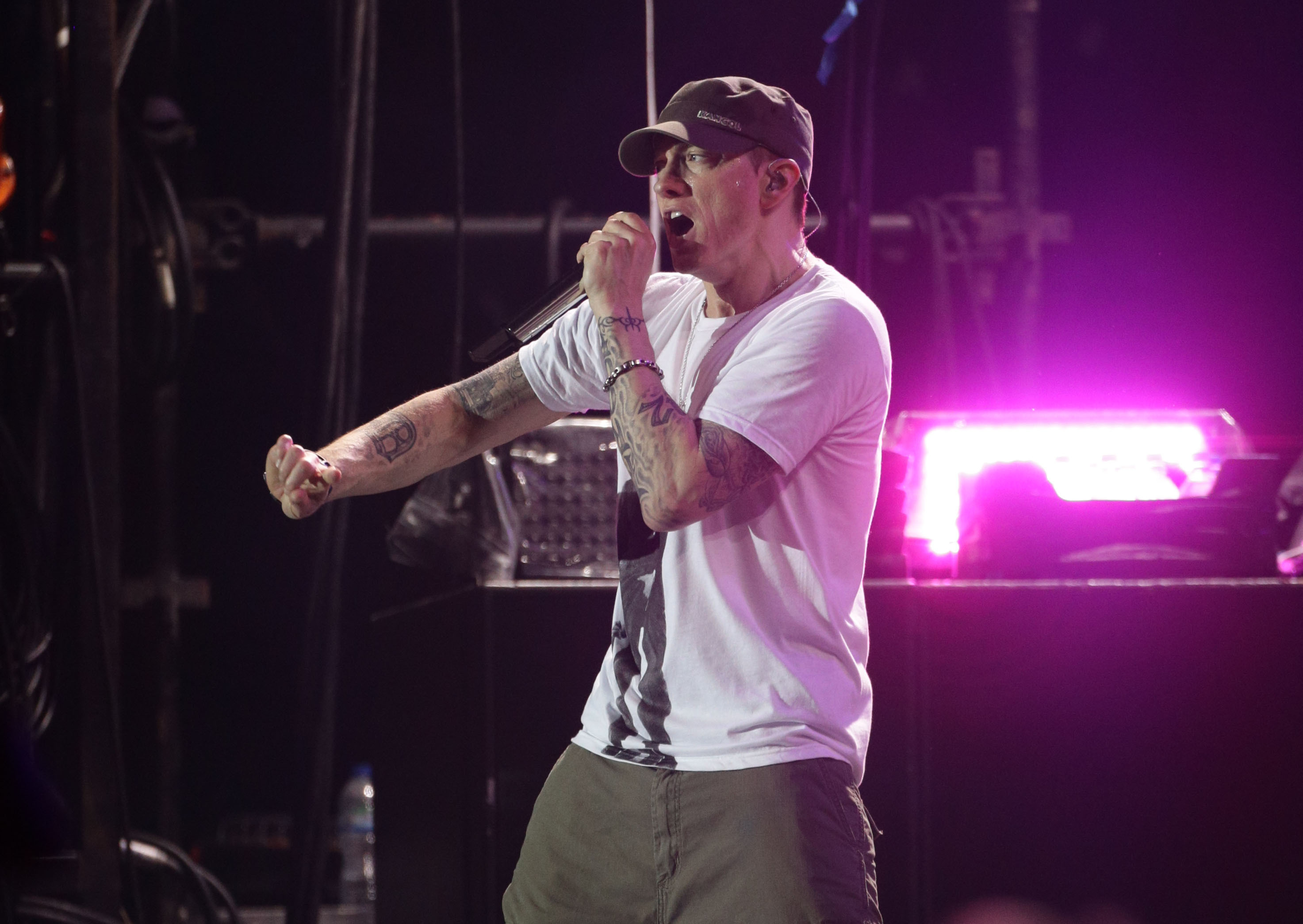 When quizzed about how he was looking for potential Mrs Mathers, he said Tinder and ‘I also used to go to strip clubs’.

“What can I say? Going to strip clubs is how I was meeting some chicks,” he told the site. “It was an interesting time for me.”

He added to Rolling Stone: “As far as going out, like dinner and a movie – I just can’t. Going out in public is just too crazy. I mean, I’d like to be in a relationship again someday. Who doesn’t? It’s just hard to meet new people, in my position.”

To be fair, Eminem and Minaj are two of the biggest names in rap music and the music industry in general. They wouldn’t be able to pop in for a cheeky Nando’s, chow down on some chicken and stare lovingly into each other’s eyes without every single person watching them.

Hopefully they’ve found a good place to just enjoy each other’s company and, look, we’d be lying if we said we didn’t want to see the pair collaborate for a couple’s album.