Move Over Sparkly Boobs, Glitter Bums Are The Go-To Look

It seems as though every year a ‘trend’ sweeps across social media and every person on the planet wants to don it for their party, event or festival. There have been some interesting looks over the years, but few trends have swept Instagram, Snapchat, Facebook and Twitter as much as glitter boobs.

Whether it’s just a cheeky bit of sparkly dust across your bust or literally covering it in stick-on gems and painting on the glitter, there was no shortage of girls (and guys) taking on the trend all around the world.

However, that appears to be so 2017 as glitter bums are now starting to take prominence. 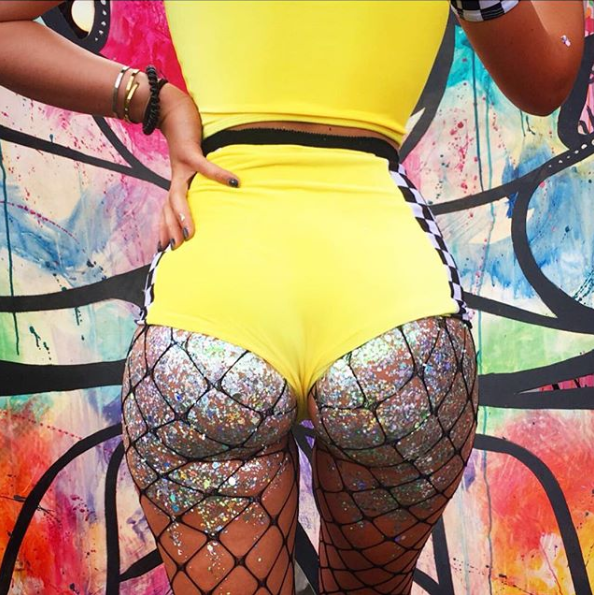 Who the hell knows why, because it means that you’re not really able to sit down anywhere without pissing off the seat owner and ruining your look. Also, what happens when you go to the bathroom?

Cosmopolitan seems to have got the jump on everyone, declaring to its readers in late March that this look was the look for 2018. And with festivals coming left, right and centre in the next few months, why wouldn’t you stick some glitter on your behind?

The Gypsy Shrine looks to be leading the charge with the trend after getting the idea at Beyond Sahara festival in Morocco. 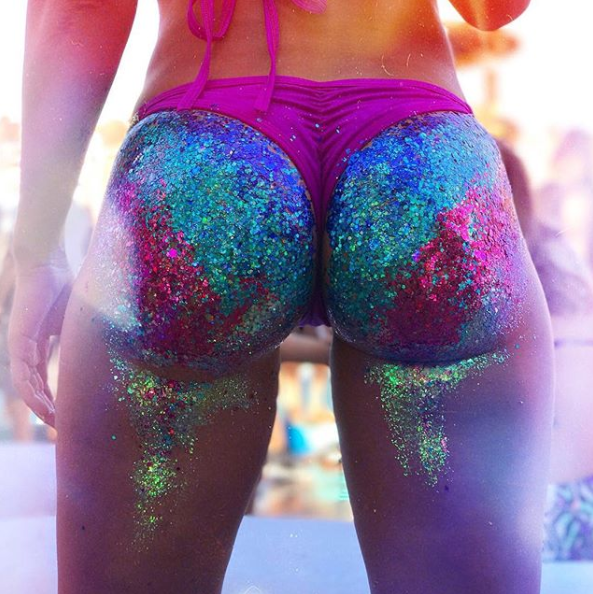 Mia from The Gypsy Shrine told Cosmo: “It was a hectic day because we were glittering up everybody and also had to get content for our website.

“So [artist Sophia Moreno and I] just had to spark off ideas in a span of, like, 20 minutes. We were in bikinis and were getting sand all over our butts anyway, so we were like, ‘Well, what if we enhance this?’ So we just did loads and loads of glitter.”

And a star was born.

But glitterers beware, sometimes all that junk hanging out can attract some unwanted attention.

Madeline Anello-Kitzmiller found that out the hard way when she donned glitter boobs to a festival in New Zealand. As she was enjoying the sights and sounds, she was groped by a man who then legged it.

Maddie wasn’t going to let her attacker her away and a video quickly went viral of her chasing him down and smacking him over the head.

While some praised the 20-year-old for sticking up for herself at the Rhythm and Vine Festival, she also drew some serious criticism on social media.

Madeline told New Zealand’s 1 News: “People have taken the time out of their day to message me saying that I’m disgusting, that I should be ashamed of myself.

“Somebody claimed to start a petition that already had 900 signatures to get me deported.”

She ended up staging a protest in New Zealand, where hundreds of men and women (some wearing glitter boobs) marched through the streets calling for people to be able to wear what they want without being groped.

Previous Post ‘Sherlock Holmes 3’ Has Been Announced For 2020 Release Next Post Fortnite and Avengers: Infinity War Are Teaming Up To Let Gamers Play As Thanos